A few studies have examined body composition changes in NCAA football players over a season. Typically, these studies have utilized a small sample of athletes, or they measured players utilizing body composition methods that were not as accurate as dual X-ray absorptiometry (DXA). In this blog, I am going to explore the changes in body composition that occur in collegiate football players during the course of a season. To do this, I examined total body composition DXA scans in over 700 collegiate male football athletes from five different NCAA Division I Universities. Athletes were scanned at various points in time and had at least one scan or multiple scans at: Pre-Season (July-September), Post-Season (December- February), and Spring Season (March-May). In total, over 2,500 scans were analyzed in this group of collegiate football players. It is important to point out that not every athlete had a scan at every time point, but we have accounted for this in the analysis. To help you look at the data in the figures below, I have used a letter system to indicate differences. If data points share the same letter (i.e., a, b, c, d), then they are not significantly different. However, if data points do not share the same letter, then those data points are significantly different from each other. 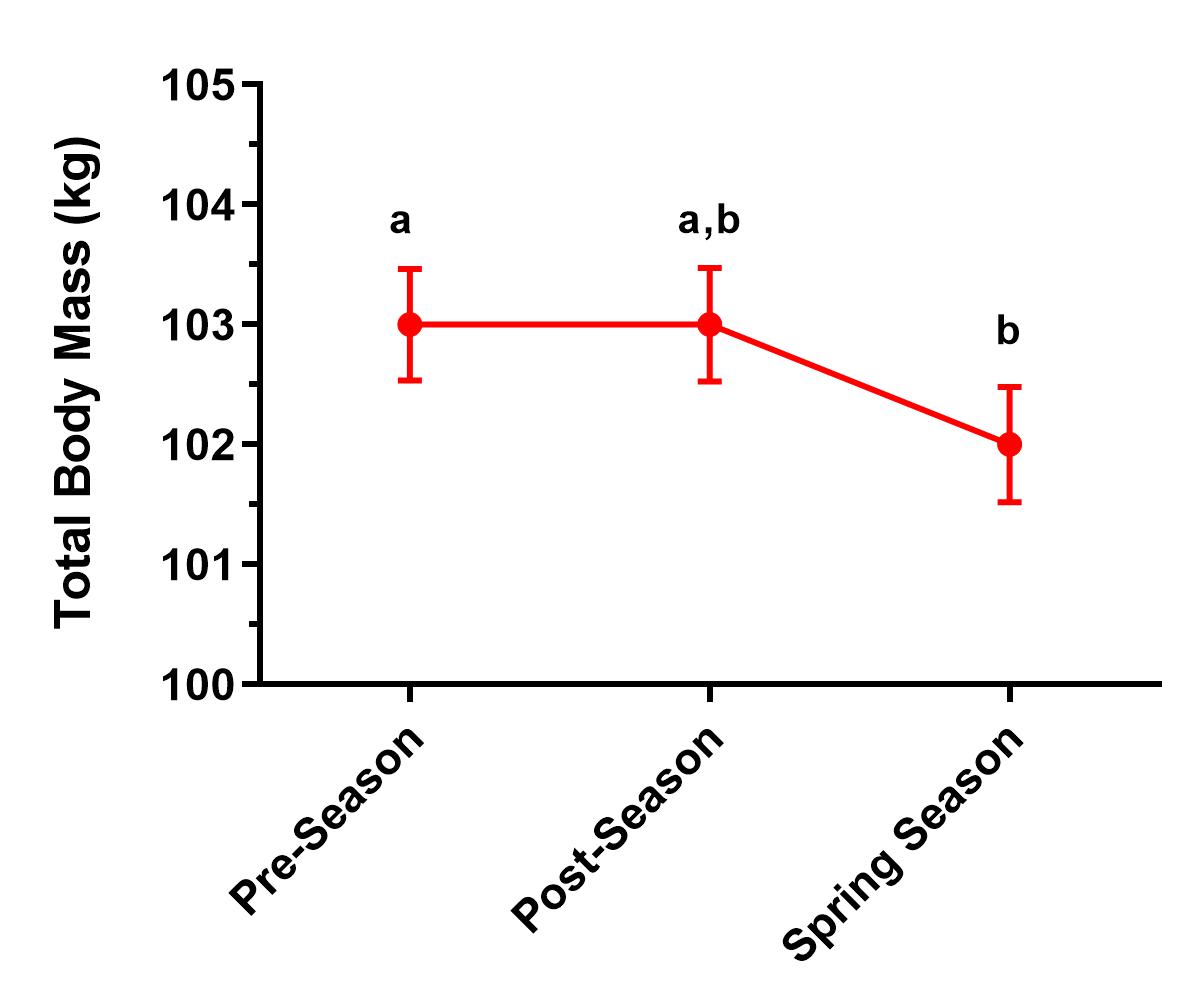 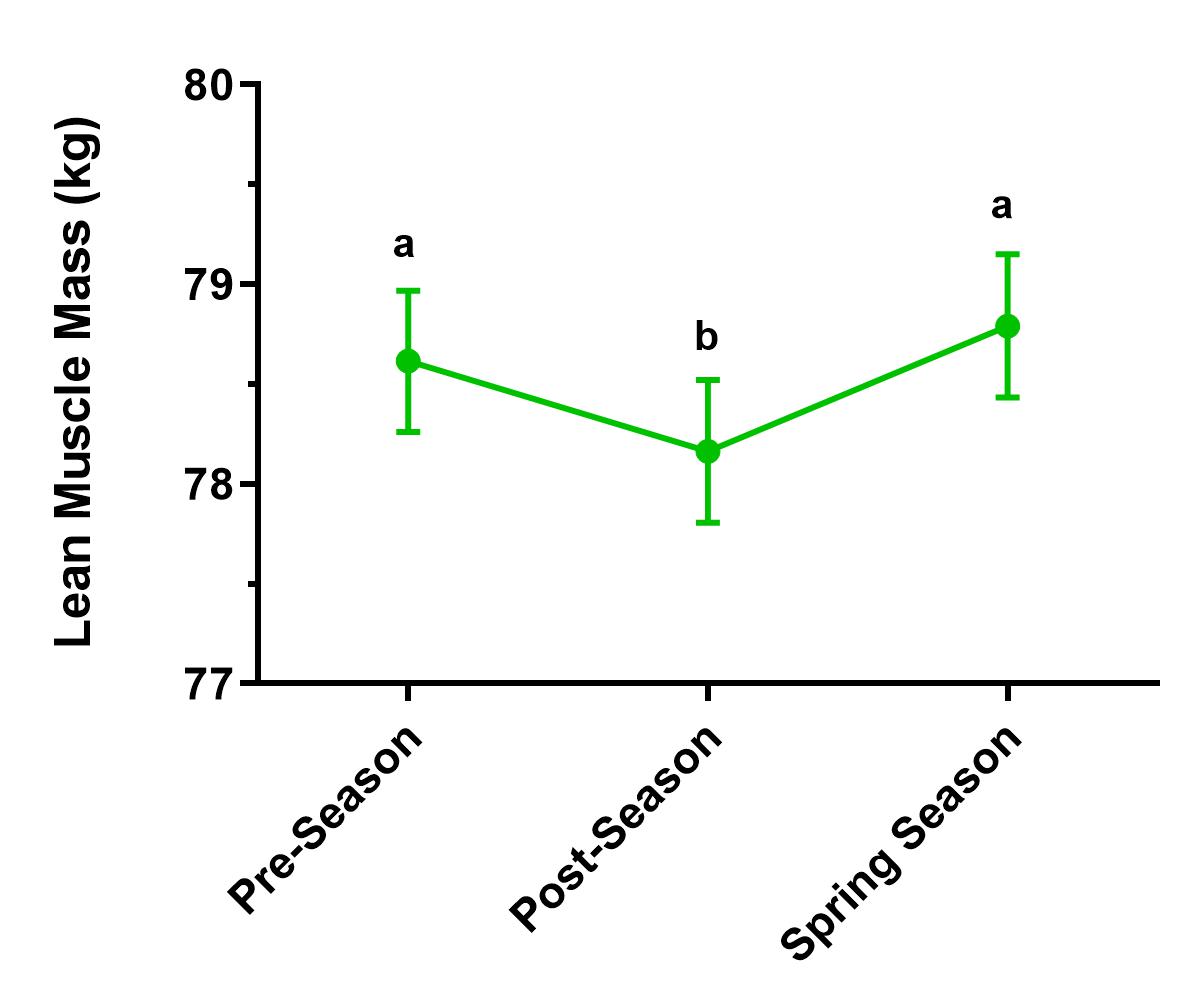 Changes in fat mass
Fat mass reveals a similar picture of total body mass in that during the season there is a trend for an increase in fat mass. This increase in fat mass would explain how total body mass or overall weight is not changing while lean mass is decreasing. This change in fat mass and lean muscle mass without a change in total body mass would argue for the need to go beyond just weighing players, since the change in body composition would go undetected using just a normal scale. In looking at the data from the Post-Season period, fat mass decreases so that it is lower after the Spring Season. This is what you would expect as athletes start to spend more time in conditioning and weight lifting programs. 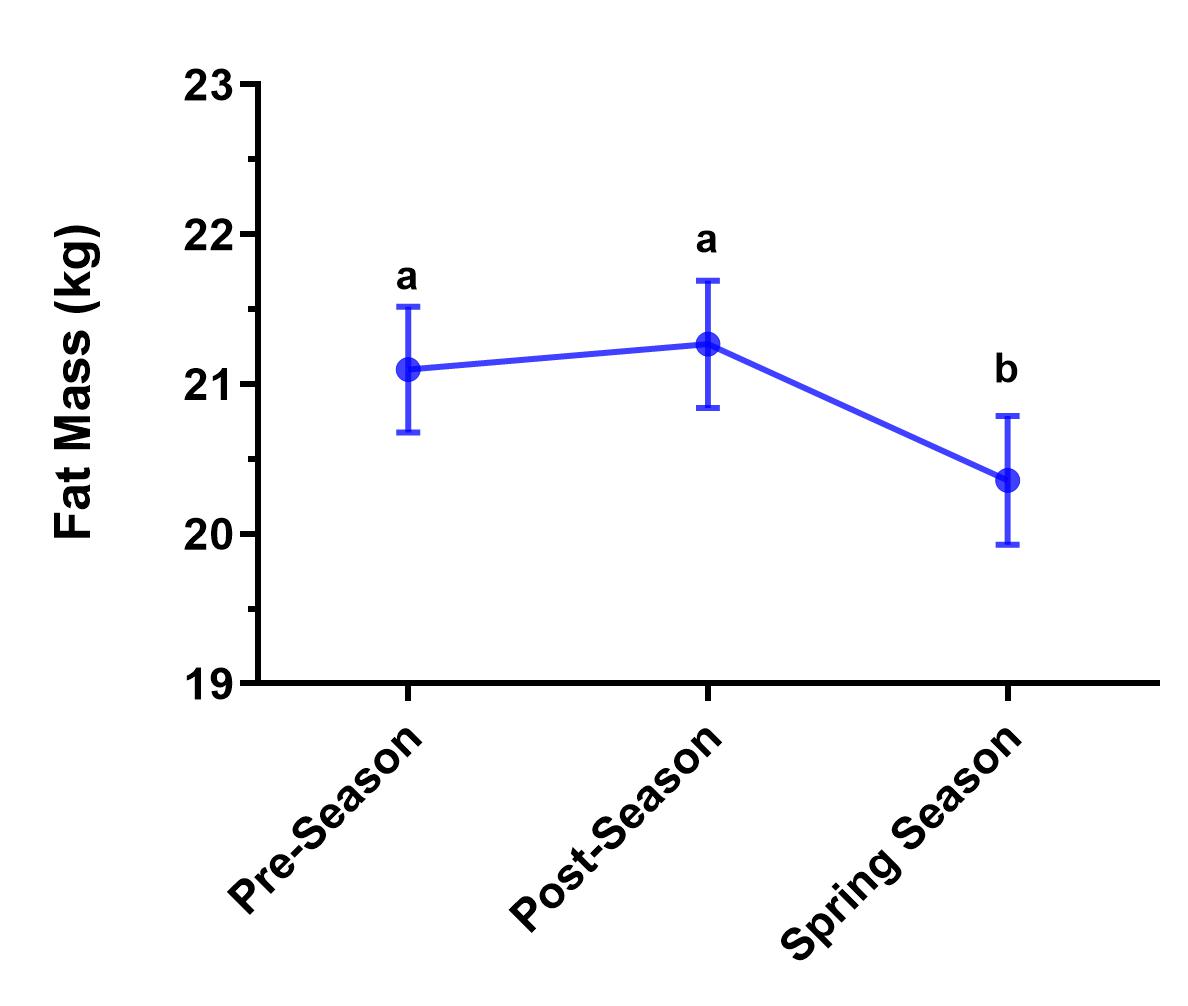 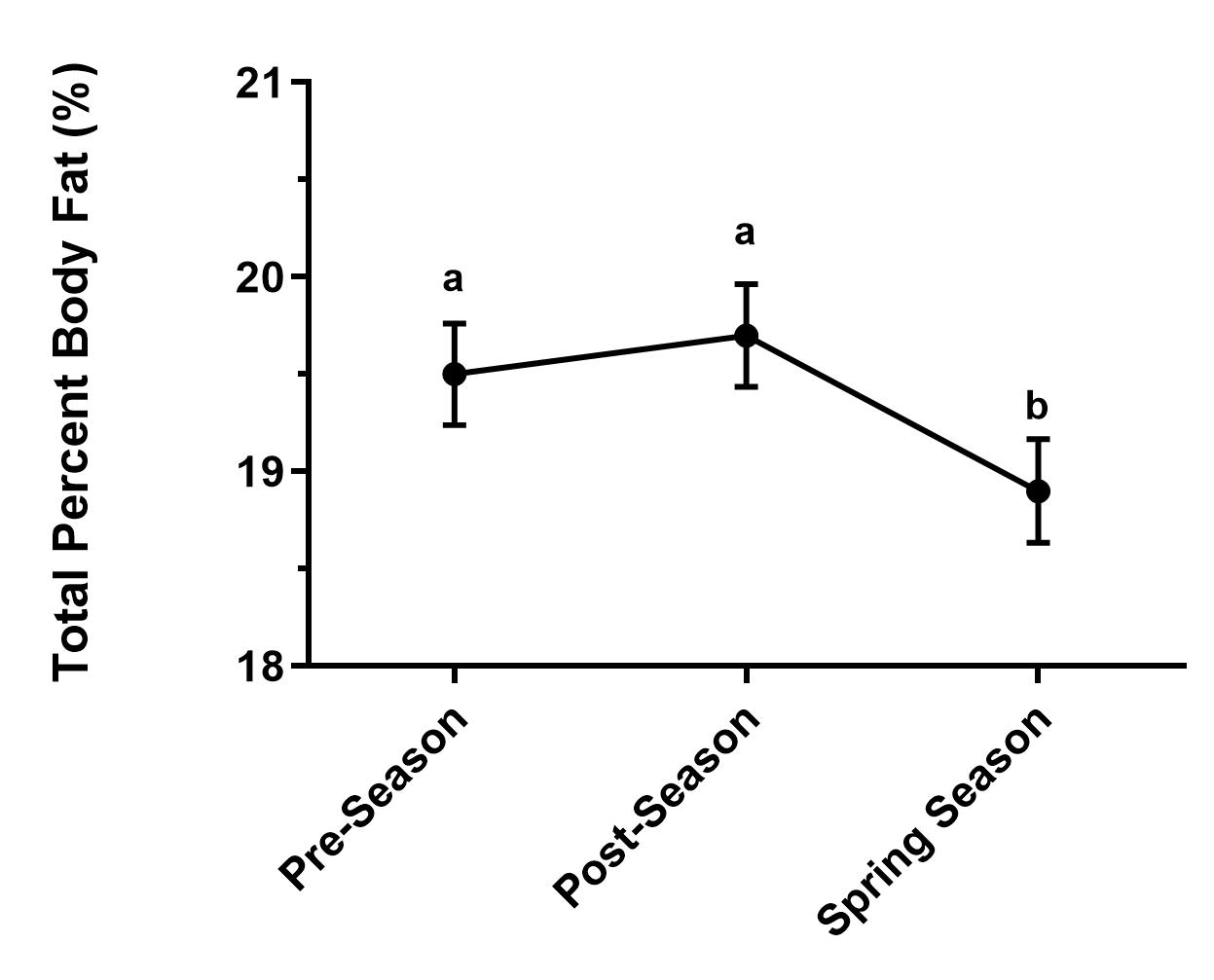