New methods of measuring body composition are constantly being developed, however not all of these methods give the user valid measures. My laboratory often undertakes studies to examine the validity and reliability of these new methods of determining body composition. One of these newer body composition methods is electrical impedance myography (EIM), which utilizes a low amplitude electrical current to measure percent body fat. Although EIM sounds very similar to bioelectrical impedance analysis (BIA), EIM sends an electrical current through each muscle, while BIA sends an electrical current through the entire body to estimate percent body fat. Because EIM sends a signal through each muscle, it is possible to determine regional, as well as, total percent body fat. Although EIM has been available for a while, a hand-held EIM device (Skulpt Chisel, Skulpt, Inc.) was recently introduced to the market, providing a lower-cost method to determine regional as well as total body composition outside of a laboratory setting. Therefore, we decided to determine the validity of a handheld EIM device to measure regional as well as total body position.  We compared the results of the EIM device against dual X-ray absorptiometry (DXA), which is considered the “gold standard” for determining body composition. It is important to point out that EIM is a two-component method of determining body composition, so you will only be able to determine fat mass and fat-free mass, while DXA is a three-component method of determining body composition, so you not only measure fat mass, you also measure lean skeletal muscle mass and bone mass. For this study, we compared fat-free mass and fat mass measures from the EIM device to these same measures using DXA. The full results of this research can be found in an article that recently appeared in the American Journal of Human Biology (Czeck et al., 2020). 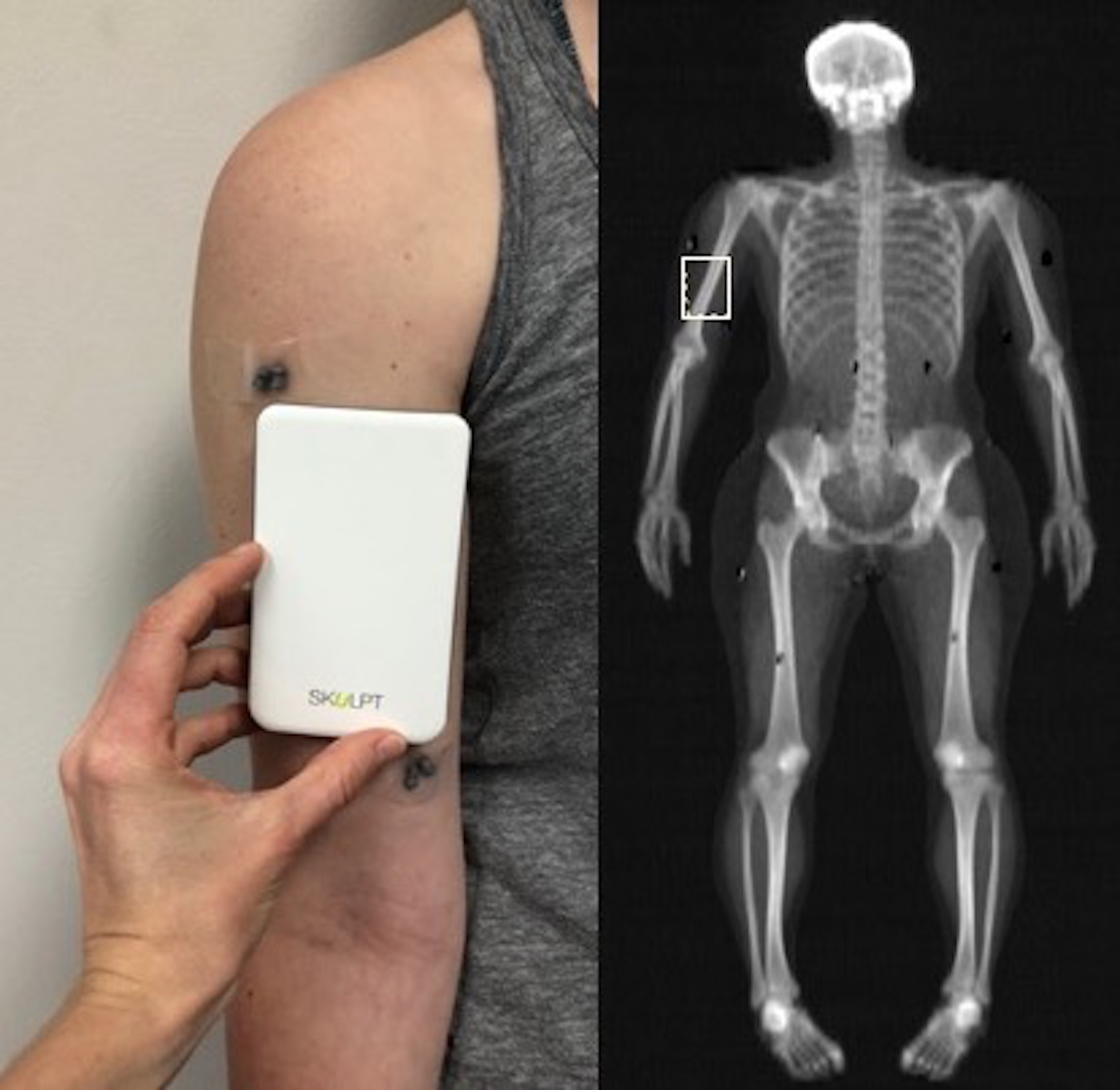 Results of the study
The results of this study can be found in the table below. We observed that the handheld EIM device used in this study had significantly lower regional percent body fat values for upper left arm, upper right arm, upper right leg, and trunk. However, no significant differences were observed in total body percent fat or upper left leg regional percent fat between the two devices.

What does it all mean?
In comparison to DXA, the handheld EIM device (Skulpt Chisel, Skulpt, Inc.) examined in this study produced similar total body percent fat measurements, while regional measures of percent body fat were significantly underestimated in most regions. These observations suggest EIM may provide a convenient and less costly method by which to estimate total percent body fat when DXA is unavailable. However, more research is needed to fully assess EIM's total and regional percent body fat measure accuracy in other populations. In addition, it should be pointed out EIM does not allow for the determination of bone mineral density as is possible with DXA.